The child has one intuitive aim: self development

VIRTUAL CELEBRATION OF THE INVESTITURE CEREMONY 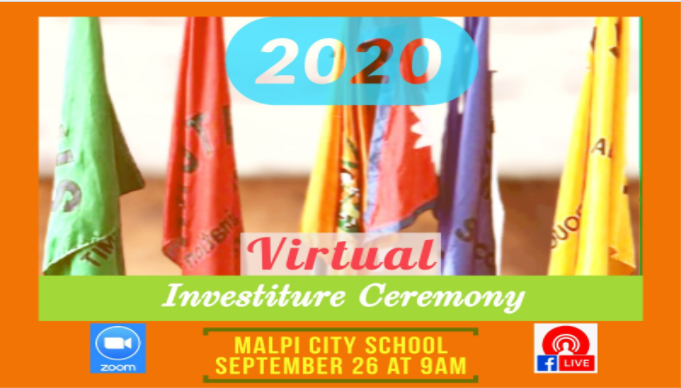 Leading when it matters!

The Investiture Ceremony is a proud moment for a school and if with changing times it’s on a virtual platform, it is even more innovative and exciting. Despite the widespread pandemic, the indomitable spirit of the young talented leaders of Malpi City School was commemorated by means of a Virtual Investiture Ceremony on Saturday, 26th September 2020. All Students, Parents and Guardians were cordially invited to join the Virtual Investiture Ceremony via Facebook Live. The ceremony in all its grandeur was celebrated to promote leadership capabilities and talents among the students.

The ceremony commenced with the National Anthem followed by the Flag Hoisting ceremony, a recorded version of last year, setting the mood for the event. The gathering was addressed by Mr Milan Bikram Shah, who encouraged the Student Council Members to be role models and render their responsibilities with sincerity and diligence. 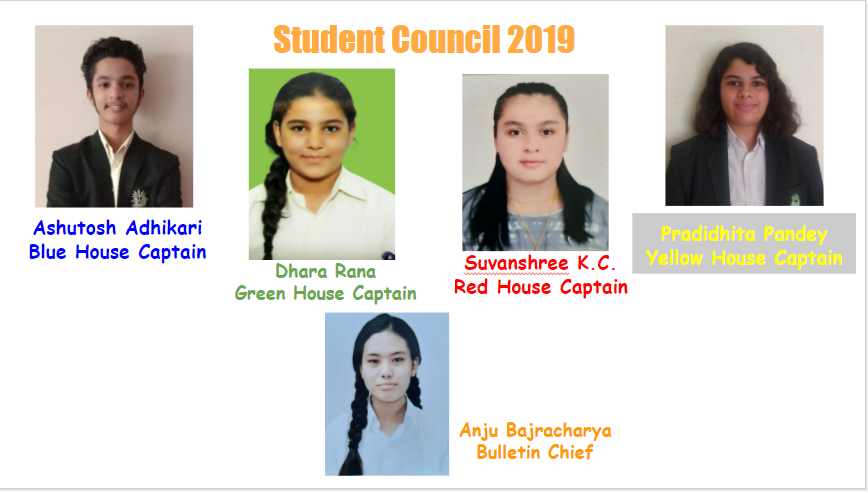 Among much fanfare in this unique virtual dais, the virtuous and the most deserving young Malpi-ites were formally bestowed with the responsibility of leading their school with their Commitment, Confidence and Competence. The elected Student Council members’ of 2020 were introduced and presented with the Sash and Badge by their respective Parents. It was a proud moment for all, to have their Parents confer the Badge of Honour to their ward who were being invested with great responsibilities while embarking on a new journey as Leaders. In between the conferring of the Sash and the Badge, Samikshya Basnet, with her melodious voice entertained us with a motivational song ‘We shall Overcome’ in three different languages, English, Newari and Nepali, followed by a recorded version of another inspirational song ‘Eye of the Tiger’ by the Blue House. The oath was then administered by the former School Captain Bivisha Prajapati, followed by a garland of motivational and inspiring words delivered by the former School Captain Saujanya Shakya. 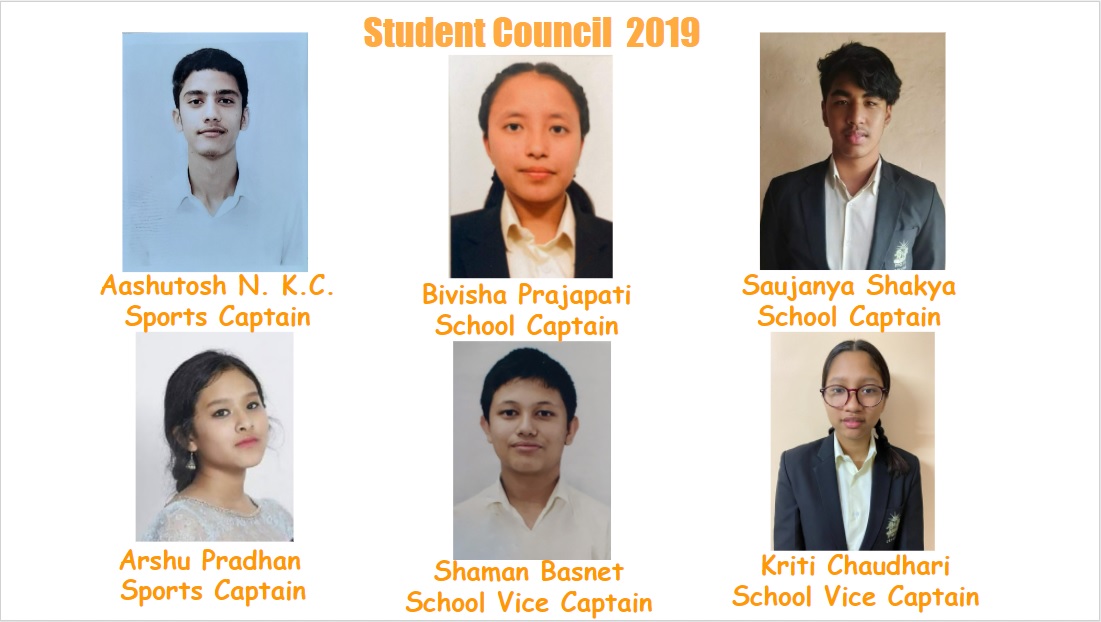 The ceremony was further enhanced by the Annual Reports of 2019 by the newly appointed School Captains – Bidhi Pant and Brishen Basnyat. This was followed by Sports Report by Manju Bajracharya and House Reports by the Captains of respective Houses as well – Samragyi (Blue House), Gagan (Green House), Suryansh (Red House) and Paramita (Yellow House). All reports clearly indicated that the previous year was very joyous, eventful at Malpi and was filled with excitement, dedication and passion, as many achievements and laurels were bestowed to the different Houses.

After the reports, a recorded version of the fusion of classical and modern dance, performed by our girls in the Synchronicity of Malpi International School winning them the Originality Award, was shown, making the event even more colourful and entertaining.

Almost reaching to the end of the ceremony, the father of our newly appointed School Captain, Mr Bibhu Bikram Pant and the mother of Brishen, Priti Rana Basnyat addressed the gathering. They expressed their gratitude for the efforts taken by the school in promoting children’s democratic and social skills and shared their experiences as Parents. After which, there followed most inspiring words by our Principal Ma’am addressing her thankfulness to the Malpi teachers for making the Teaching and Learning process possible even during these difficult times. Her confidence in our dedicated teachers also helped boost our enthusiasm to study and give our best in the online classes. She also stressed on the significance and the responsibilities of the Leaders as Role Models to help and encourage their fellow mates to Enquire, Endeavour, and Excel.

The ceremony then concluded with a Vote of Thanks and the School Song and how proud we are of being a Malpi-ite. This Ceremony on the Virtual platform is yet another milestone reached by Malpi City School in the journey of distance learning!

Started in 2006, Malpi City School is the youngest under the umbrella of the Malpi Educational Institutions. The School’s governance include responsible and accountable stakeholders committed to creating equal opportunity, guided by transparency and honesty in all relationships. 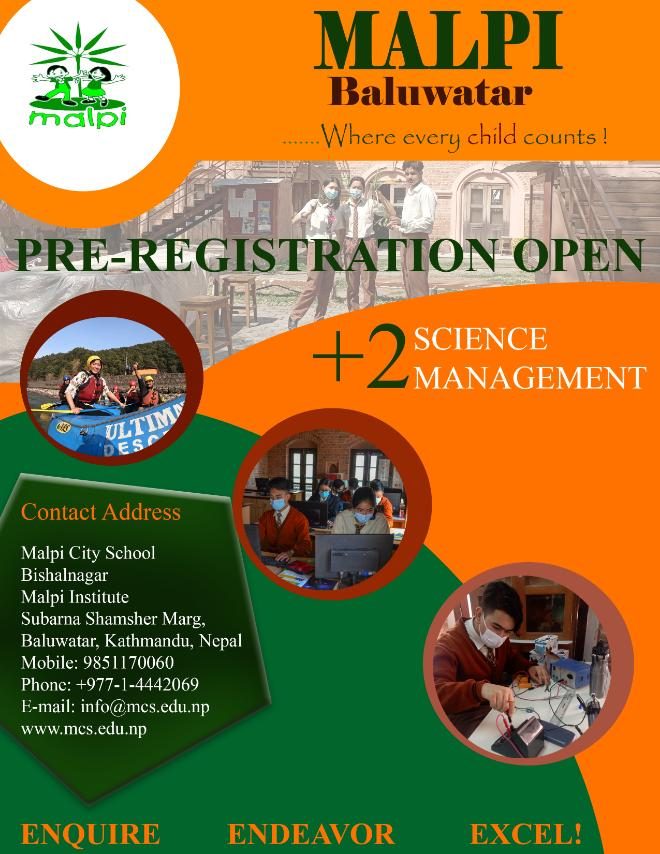